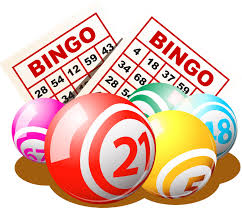 Life has changed so much in the area of game playing.  I remember as a kid that my family and I often played board games together.  We were not distracted by the digital world of cell phones, internet and video games.  Life was simpler then.

Now toddlers are playing video games and 10 yr olds are carrying cell phones.  My 7 yr old is obsessed with video games – it is all he talks about.  Him and his dad play together on occasion and yes it is a nice bonding time, but what happened to slowing down and sitting around the kitchen table to play battleship or monopoly?  That winds up being “boring” for kids after playing such intriguing games like they are playing now-a-days. How can you compete with that?

But this is the day and age we are living in and it can be actually be fun finding new games to play on the internet.  There are unlimited options out there for both adults and children.  My children often enjoy playing games on their favorite sites like PBS Kids, Sprout Online, and my son’s newest favorite is Lego Universe (which I wound up playing with him and really enjoyed).  I love the fact that many online games are totally free.  All you need to do is go to the site and play.

And of course there are many paid options that are super fun too.  How about Online Bingo?  You don’t have to go to the big hall with a bunch of old people anymore.  You can enjoy playing Bingo Online and lots of other fun games from the comfort of your home.

So even though this is a new digital era, family games can still be fun and enjoyable whether played online or offline.  Give it a try, but always make time for the good ol’ board games.