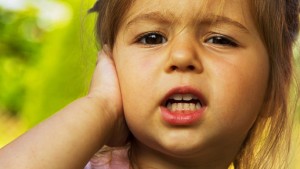 An earache can sound like serious business for a parent: their kid’s in pain and while the cause may be something benign like Otitis (either of the middle ear or the outer ear), it still looks worrying. When a child complains of pain inside their ear, either because of a swelling of the eardrum (Myringitis), a cold, an infection, allergies, eardrum blisters, or injury, it’s time to look for remedies quick. Sure, a lot of ear infections that occur in children aged 2 or older will go away without the need for treatment – but what can a parent do in order to alleviate the pain caused by the earache in question. There’s always the option of calling a doctor or using pain relievers, but if those solutions are not accessible to you, or you would simply like to avoid them for whatever reason, we’ve got a handful of natural earache remedies for you to try out. No doctor needed! Bear in mind that if the pain persists, you are best advised to seek out professional medical advice.

Since a lot of ear infections don’t necessarily require medical attention, one of the best ways to handle an earache is to simply encourage your child to rest. If you can get them to lie quietly in bed while you read them a story, color a picture book, or play a video game with them, that’s great. Do your best to engage the child in quiet, relaxing playtime activities. It’s generally not recommended to allow your child to go outside during bouts of ear pain, especially if the weather is cold. Furthermore, try to avoid or postpone travel at this time, most of all by pain. High altitudes may aggravate earaches caused by ear infections. In all of the above scenarios, whether they entail travel or rest and relaxation at home, it’s a good idea to apply a warm cloth to your child’s ear. The heat may help reduce the intensity of the pain and you can use anything from a washcloth to a blankie, a heating pad, a favorite toy, or a towel. Just make sure to have a replacement at hand when the first thing you’ve used has gone cold.

Here are a few ‘tricks’ that have been tested by healthcare providers in soothing and/or alleviating pain caused by an earache:

Tip #3: The important link between the ear and the nose

Sometimes an earache is as painful as to warrant the use of over-the-counter painkillers, or even prescription analgesics, antibiotics, and eardrops. But this is not always the case. When you can safely rule out the possibility of an ear infection, try to drip a drop or two of olive or vegetable oil into your kid’s painful ear. Since this is not always an easy task to complete, try to do this as they are about to go to sleep, or even after they’ve fallen asleep. Have them lie down as soon as you’ve applied the drops, as you don’t want them leaking oil all over the sheets. It’s a good idea to slightly warm up the oil before applying it – just make absolutely sure the temperature is appropriate.

If your child can tolerate any of the following solutions, with all their funny tastes and strong scents, then consider using them: