Given the global energy resource crisis, it’s certainly important that we now consider unconventional sources of power. We know that continuing to burn fossil fuels is detrimental to the environment, and has only a finite potential.

So, what are some renewable (think-outside-the-box) alternatives when it comes to generating energy? 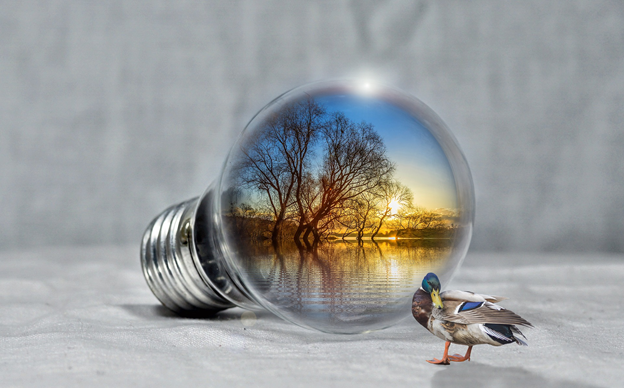 Perhaps no longer one of the most unconventional of energy sources, solar panels are, nevertheless, one of the most viable. Solar panels harness clean and renewable energy from the sun. They have become easier than ever to source and maintain due to the Australian government’s feed-in-tariff scheme. Solar energy providers, including AGL offer a range of solutions for any budget or individual requirement.

Biomass refers to energy which is generated by the breakdown of organic matter (for example wood waste, ethanol and municipal waste). In 2017, the Clean Energy Finance Corporation (CEFC) has lobbied to put biomass back on the political agenda as ‘ … as an option to bolster the baseload energy supply.’ Some detractors argue that biomass is not financially competitive and that, in particular, wood waste presents as a threat to native forests. However, unlike solar energy, biomass is readily available and able to be used at any time.

This form of renewable energy is innovative. Geothermal technology uses the Earth’s heat for both heating and cooling energy applications. Far below the surface of the crust of our planet, temperatures rise rapidly, whilst tectonic, volcanic and steam systems exist as relatively untapped sources of unbridled power. The practical application of this sustainable underground resource relates primarily to the use of various pumps and systems that take the heat from within the ground and transfer it into usable forms of energy.

Energy derived from the power of the wind provides a clean and renewable form of electricity, and other applications. It is said that as long as the sun shines the wind will blow. The force that is intrinsic in the movement of air from an area of high pressure to an area on low pressure is harnessed by turbines and windmills and converted to usable energy. Some of the biggest wind turbines in the world produce enough electricity in a year (around 12 megawatt hours) to supply 600 standard homes.

As much as 95 percent of the Earth’s ocean remains unexplored and considering the power of the tides, waves and currents, marine energy remains another vast source of virtually unused potential. Marine energy uses the movement of water to generate electricity. Wave power plants harness the energy of up and down motion waves and convert this into a reservoir of power. Tidal energy generates electricity using the regular local flows of the tidal cycle whilst ocean thermal energy uses temperature variation in the ocean’s depths.

One of the most futuristic of renewable energy technologies, artificial photosynthesis has been cited as the energy source of tomorrow. Photosynthesis is behind the building blocks of every living thing, and is a veritable power packed bundle of organic energy. It is the process that uses sunlight to produce hydrogen, oxygen and carbon. Splitting the water in oceans (and other bodies of water) into these three chemical structures is seen as one of the ways forward in producing artificial photosynthesis – a renewable energy source that may just power the electric cars of the emerging future.

It’s necessary to think-outside-the-box when it comes to finding renewable sources of energy to fuel our planet’s future. Protecting our environment (and our people) depends on it.