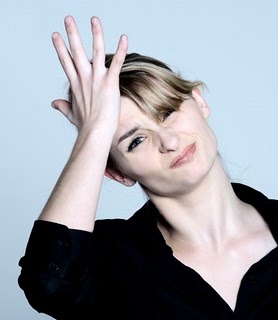 My memory has always been a tough thing for me. There are some things I CAN remember clearly from many many years ago as a child, but then there are other things that I completely forget from only a week ago. What is up with that? LOL

I mean I am all over the place with the MANY people I deal with through my businesses and social media. I am very active on both Facebook and Twitter and some other sites. I comment and respond when people share things about what they are doing or what they are going through. But after a few weeks go by, I often forget things and I don’t mean to at all. Sometimes a person will connect with me and update me on something and I can’t even remember what or when they told me about it in the first place.

The most frustrating part about me being so forgetful is with those who connect with me acting like they are my long lost friend and I have absolutely no clue who they are. I never let them know that I don’t know who they are and I am too embarrassed to ask them. LOL   Has this ever happened to you?

Well, I was communicating with this one person on Facebook for a few years now and did not know who they were.  We have messaged back and forth and even IM’d a few times.  I thought that the person may have been from my (brief) college days.  I told my mom about it and told her the name and she actually knew who it was and reminded me.  But the funny thing was that even after her filling me in, I still could not remember.

I did have a short bout with drugs and alcohol from age 18 to 21 and I am wondering if that may have something to do with it. It almost seems like my memory has been permanently damaged.  I don’t remember movie names and especially people’s names.  You would think with all the people I deal with on a daily basis that I would be a mess.  But the one thing that keeps me going is the fact that I am SUPER organized.  I keep lists – categorized lists, daily lists, weekly lists, home lists, client lists, but those “mental lists” still need work. LOL

I just really wish I could somehow organize PEOPLE.  I wish I could have a  filing cabinet in my brain that I could go to each time I have a meaningful connection with someone.  I want to be able to think back on a conversation and KNOW the NAME of the person I was having the conversation with.  It is not as much of a problem with those I speak with in person, because you can put a name with a face, but even that I struggle with at times.  And my business is virtual, so a majority of the people I connect with on a daily basis are only through the computer and for some reason, emails, tweets, posts, and any other form of written words – they are just much harder for me to keep in order in my head.

Do any of you struggle with forgetfulness? How do you deal with it?  Any tips or tricks?

One thing that I try to do, on Twitter at least, is to keep a column in my Tweetdeck just specifically for those people who take time to connect with me on a regular basis.  I don’t want them to get lost in the shuffle of my 10,000 followers.  I only have about 100 special people in that column, but it helps me to remember them.